At the G2E conference in Las Vegas earlier this month, Aristocrat Gaming had a massive booth, featuring a mix of new and popular slot machines. But the big draw was a massive, purple NFL helmet with a kind of “secret door” that allowed guests to visit the company’s very own “NFL Experience.”

The display was in celebration of Aristocrat’s recent deal with America’s biggest and most popular sports league. Behind the door were Aristocrat’s new machines, available for a sneak peek. The deal — the first of its kind for the NFL — gives the company exclusive, NFL-licensed rights for land-based slot machines, including the marks from the league and its 32 teams. It also gives the company the rights to negotiate individual sponsorship deals with NFL teams.

CFO Mark Wadley said the company would begin deploying NFL-branded machines around the 2023 NFL season. Since the announcement, Aristocrat has partnered with the New England Patriots to use the team’s marks on slot machines and put its brand into Gillette Stadium. Prior to the deal with the NFL, Aristocrat signed a pact with the Las Vegas Raiders in 2020 that did not include slot machines.

Though the company has not indicated whether it will consider a similar deal with other professional leagues, the NFL deal could be a blueprint for future partnerships.

The deal with the Patriots allows for permanent signage at Gillette Stadium, as well as in-game activations, branding, and promotions. Wadley told US Bets that there will be one lucky seat in the stadium for every home game, and that the person in the seat will get “Patriots-themed swag.”

Aristocrat’s deal with the Raiders called for signage inside Allegiant Stadium and the creation of the Aristocrat Club at Allegiant Stadium, described as an “ultra-exclusive” experience that includes a full-service bar and lounge area, as well as suites to view the game. 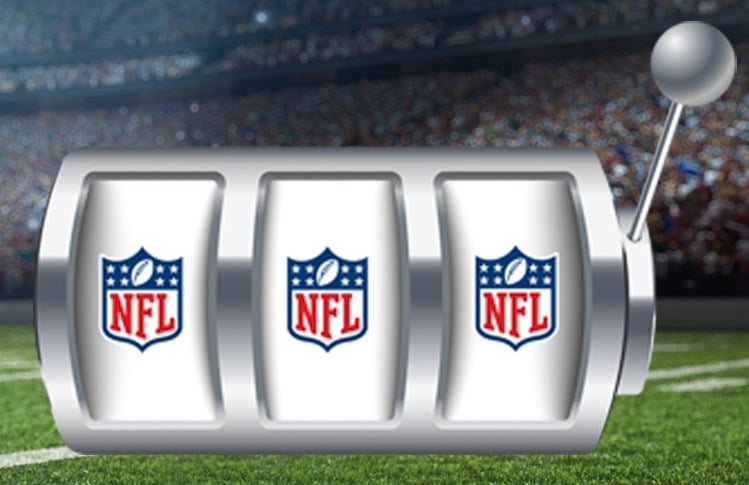 But the most cutting-edge part of Aristocrat’s NFL deal will be its ability to use league and team marks on video slot machines. Wadley said the machines can be customized, meaning that if a player in Arizona wants to look at a Patriots logo instead of a Cardinals logo, they will be able to choose that alternate option on the machine.

“We thought that as a leader in innovation, this made sense,” Wadley said. “We have licenses for [some very popular games] like Tarzan and Game of Thrones, and now the largest sports brand.”

The machines can be placed anywhere in any casino with which Aristocrat does business. It’s likely the machines would be located in casinos — perhaps in or near a sports bar or sportsbook area — that partner with NFL teams.

The idea for an NFL team to partner with a gaming entity isn’t new. WinStar Casino in Oklahoma became the first casino to go down that road in 2018, when the Dallas Cowboys made a deal with the Chickasaw-owned casino to use its logos and marks. The casino has a Cowboys-themed dining areas, Cowboys-branded poker chips, and the team’s ubiquitous blue star is all over the property.

Dallas Cowboys slot machines at Winstar? On my way pic.twitter.com/g0zzNbXYfJ

In the west, many tribal casinos, including California’s Yaamava Resort (San Manuel Band of Mission Indians) and Washington’s Emerald Queen Casino (Puyallup Tribe), have deals where the casino’s branding is in-stadium and on other advertising or marketing materials. And, in some cases, the tribes can use team branding at their gaming properties.